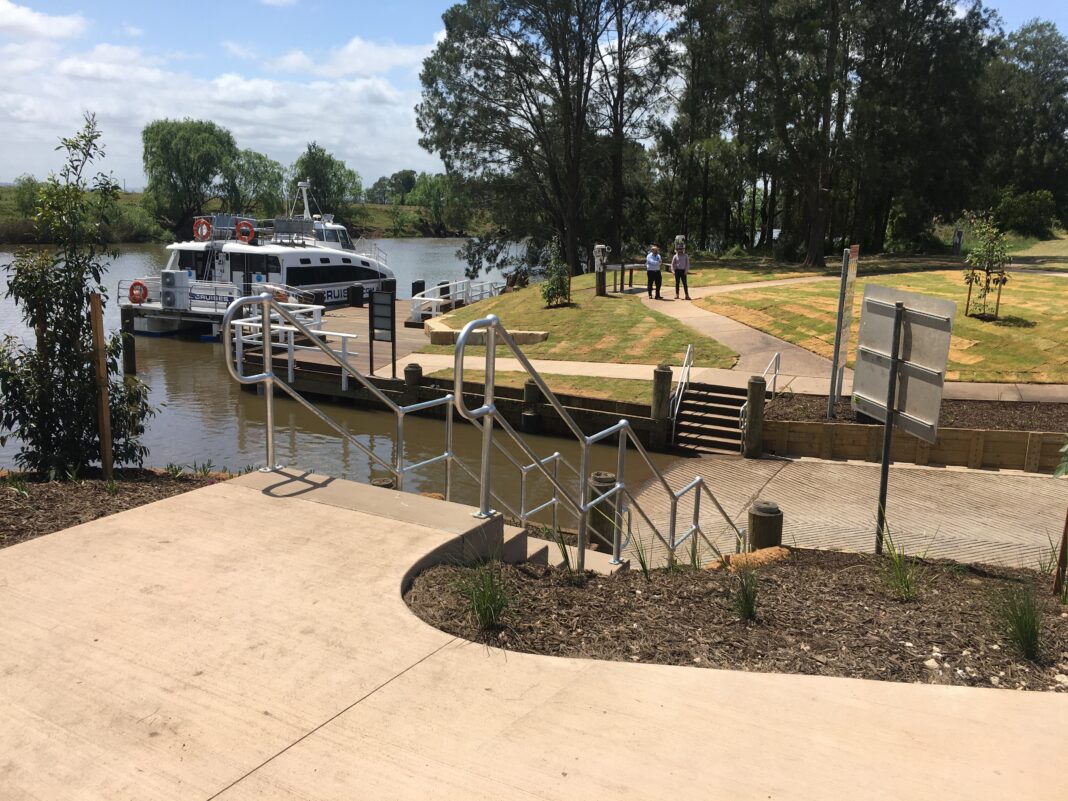 The rebuilding of the Queens Wharf in Morpeth has been finalised in time for summer.

Infrastructure upgrades demolished the old site, and rebuilt the wharf and retaining walls to improve the safety and access for local boaters.

The $1.2 million project provided the wharf with an enhanced 20 metre berth, a parking area for boat trailers as well as new footpaths and landscaping work.

Parliamentary Secretary for the Hunter, Catherine Cusack, highlighted the potential benefits to the local community.

The work comes as part of the NSW Government’s ‘Boating Now’ program, which has allocated $98 million statewide in funding to improve infrastructure for boaters.

“We’re so excited about Morpeth as a tourism hub and the role the Queens Wharf upgrades will play,” Cr Baker said.