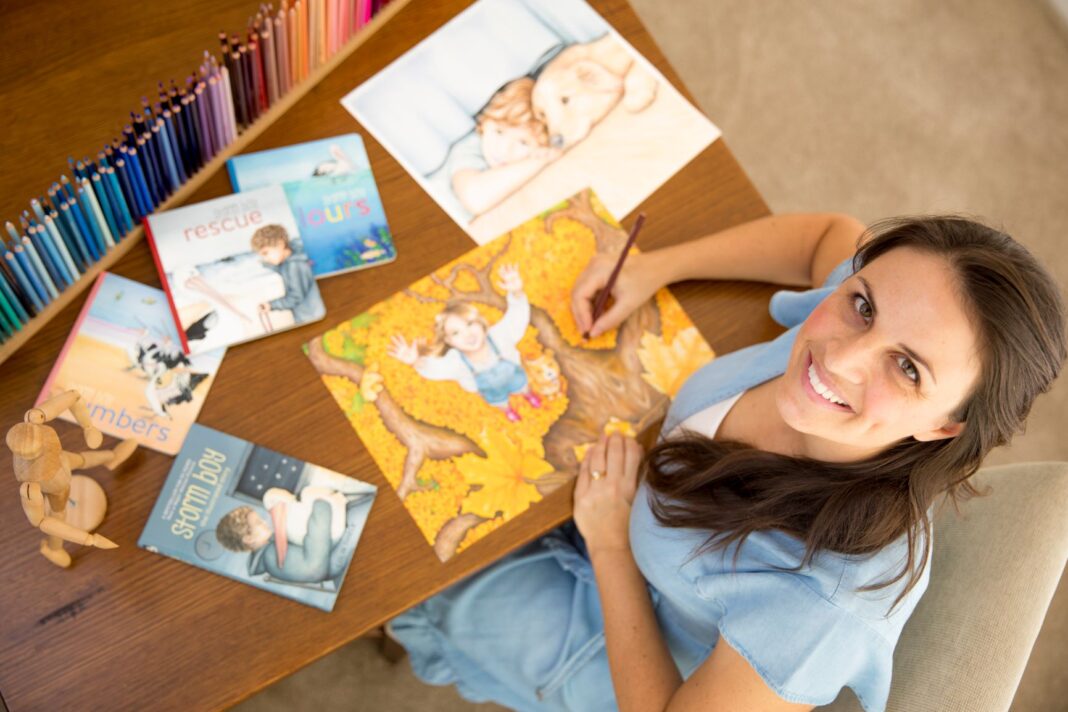 Behind the illustrations is Caves Beach artist Jenni Goodman.

“As an emerging picture book illustrator I was honoured to be asked [by New Holland Publishers] to create them,” Goodman told Newcastle Weekly.
“Storm Boy is such a classic.”

They also appear in a special edition of the novella, released at the end of last year, titled Storm Boy – The Illustrated Story – including on the front cover.

Goodman didn’t have to look far for inspiration.

“Many of the beautiful birdlife described in the novella also live here in Lake Macquarie, so, when I was commissioned for this amazing job, I grabbed my camera and headed down to Swansea Channel,” she said.
“At the channel boat ramp there were fishermen cleaning their fish and the pelicans put on a wonderful display for me.
“They were snickering and lining up for food, just as Mr Percival does in the novel.”

Goodman’s artworks will be on display for the local community until 11 May through the library’s Launchpad exhibition program.

She will also host an author talk and children’s activities at a fun-day planned for Saturday 9 March from 10.30am to 12pm at the library.

Prior to partnering with New Holland Publishers, Goodman had only dabbled in pet portraits and medical illustrations for Hunter ENT.

Illustrating was something the registered nurse had always wanted to pursue, but, as is often the case, life got in the way.

Goodman’s next work, a picture book written by Shae Millward, titled A Boy and A Dog, will be released in March.