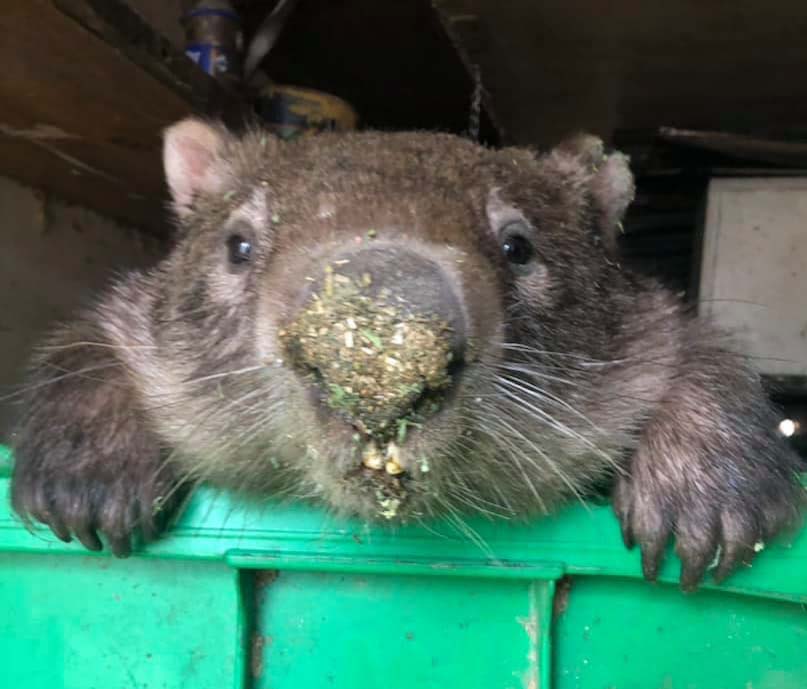 An animal hospital in the Hunter Valley has received vital funds to help sick and injured wombats get back on their paws.

“We help sick and injured wombats; they might have mange or have been involved with a car accident or dog attack,” Roz said.

“I’ve been caring for wombats for more than 38 years and we’ve been on this property for about 16 years.

“I wanted to buy it because it already had a lot of wombats on the land with mange and I wanted to fix that.”

The not-for-profit organisation, based in Pokolbin State Forest, near Cessnock, can have up to 30 wombats in its care at any one time.

While Roz and Kevin’s lifelong goal is to create a sanctuary for all animals, their immediate focus is on completing a new hospital.

The facility will be equipped with specialised surgical equipment and three Intensive Care Units.

It comes after a raging bushfire season, during which the rescue fought tirelessly to keep the fires at bay.

“Working through the fires was pretty frustrating, we were watching them around our property,” Roz said.

“We started to get worried because all the animals were coming to our gully, like kangaroos and koalas, so we told [emergency services] to protect the gully.

“Everyone worked really, really well; it took about three weeks until the fires began heading away from us.

“We prepare every year, but nothing could make you ready for that fire.

“We’ve never actually seen a fire as evil as that one.”

Moving forward, Roz said the aim was to keep the hospital safe from future fire seasons.

“I don’t care about my house, but I can’t lose the hospital,” she said.

To give them a helping hand with construction, family confectionary brand Kinder has made a vital $30,000 contribution.

“Kinder’s generous donation means so much to us here at Cedar Creek,” Roz said.

“Most of the time we work long hours to pay for it all, no-one has ever given us that amount ever.

“We’ve got a lot of support but, after the fires, we lost a lot of money because we had to reduce our work to fight.”

The contribution is part of Kinder’s ongoing partnership with the Australian Wildlife Society, which has delivered more than $100,000 in vital funds to support communities across Australia and New Zealand.

Roz added the only hiccup they needed to work through was finding builders who were willing to help at a reduced cost.

“We’re trying to keep it as cheap as possible,” she said.

Visit Cedar Creek Wombat Rescue’s website or Facebook page for more information about the organisation or to donate.

Many Hunter highlights from 2020/21 NSW Budget