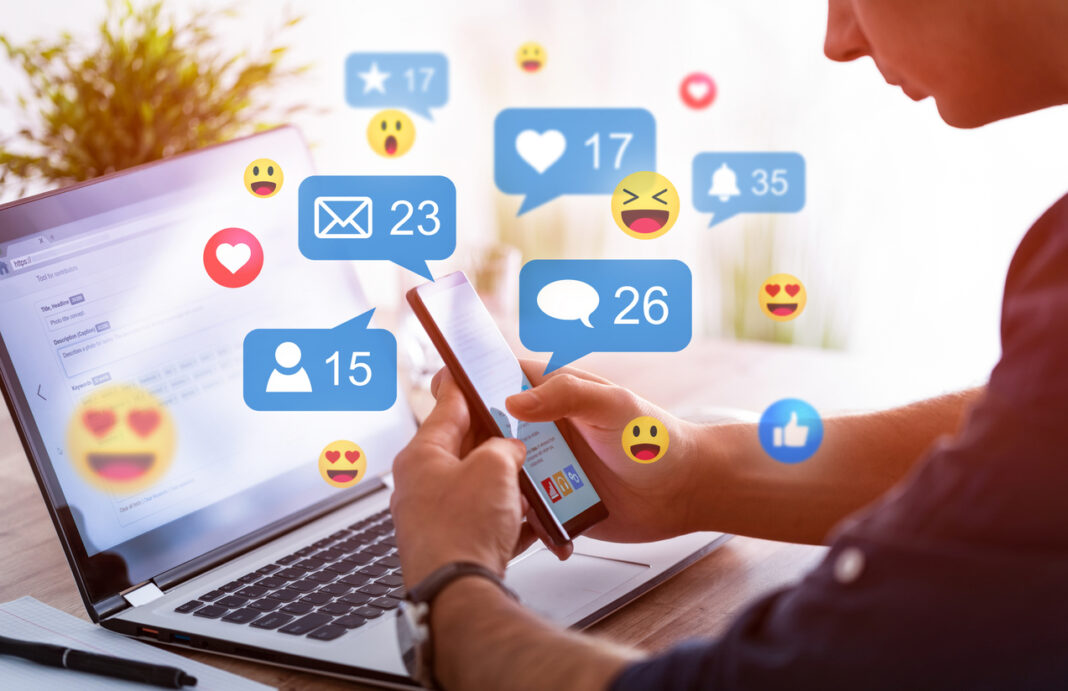 We’re ‘the product’: a review of The Social Dilemma

A new documentary, The Social Dilemma, has people panicking and wanting to remove themselves from Facebook and other social media platforms.

Sure, you can close your account, but that doesn’t do the trick. The only way to remove yourself completely would be for every single person you have ever interacted with to delete their accounts, and everyone that they know would have to do the same, and on it goes.

The Social Dilemma opens with a quote from Sophocles: ‘Nothing vast enters the life of mortals without a curse.’ An ominous quote from centuries ago, and yet Sophocles knew what he was talking about.

Yes, these platforms have enabled meaningful systemic changes around the world…the reuniting of families, the finding of lost school friends, even the finding of organ donors, but we’ve become naïve of the flip side of the coin, says former Director of Monetisation at Facebook, Tim Kendall in The Social Dilemma.

What has been presented as a free product, and a nice way to socialise, is actually a marketplace.

And the product? It’s us.

Our data is not the product, “it is the ability of companies who advertise on these platforms to influence us and change our behaviour… changing what you do, how you think, who you are,” he says. “It’s gradual, slight, imperceptible change.”

That’s the product. And they can only do this by holding our attention for as long as possible.

Former Director of Monetisation at Facebook, Tim Kendall, said his job was to work out how much time Facebook could get you to “spend.” It became about “how much of your life can we get you to give to us?” he says.

We give of ourselves for free and the tech companies make money out of us.

When Mark Zuckerberg addressed Georgetown University in September last year, he described the ways in which Facebook does good: for example, their AI systems have ways of detecting when users are nearing self harm and can take immediate action.

But hang on, as statistician Edward Tufte says: “There are only two industries that refer to their customers as ‘users’: illegal drug users and software.”

A daunting thought, considering that social media platforms use the same kind of psychological tools to keep people hooked as the slot machines in Las Vegas.

The Social Dilemma premiered at Sundance Film Festival earlier in the year but was only released on Netflix in September 2020.

They have one thing in common: by day they were designing ways in which to make these platforms more engaging and addictive, and at night they were trying to limit how much they were using them because they were concerned about the ways in which they themselves were being manipulated and becoming addicted.

Some even restricted their kids from using the platforms, and expressed concern about the impact on mental health, especially that of their kids.

Jaron Lanier agrees that we should be concerned about the impact of tech platforms on our mental health and on our development, especially that of the young: “We’ve created a world where online connection is primary, especially for the young.

“We’ve raised a generation for whom the very meaning of communication is manipulation…the only way connection happens is [because of] financing through a third person who is paying to manipulate those two people.”

Many of the executives interviewed were visibly nervous, with one quipping that he’d spent eight months negotiating with lawyers before agreeing to be interviewed. And you can see why.

Some of the statements are explosive; however, a significant number of the executives said they didn’t realise how problematic the platforms would become when they first started working on them.

Former Senior Vice President of Engineering at Twitter, Jeff Seibert, said “you realise these things take on a life of their own, and how they’re being used is pretty different to how you expected.”

Although many of us are already very much aware of the intrusive nature of technology, the dangers could be said to be much worse than anyone could have predicted.

Social psychologist and New York University Professor Jonathan Haidt is featured in the film and shares some alarming news: there’s been a ‘gigantic increase’ in depression, anxiety, self-harm and suicide among pre-teen and teenage children who have been on social media since primary school.

“We’ve seen the same pattern with suicide…in older teens it’s up 70% compared with the first decade of this century…in pre-teen girls, it’s up 151% and that pattern points to social media.”

One news report mentions a condition called ‘Snapchat dysmorphia’: a condition where teens get cosmetic surgery in order to look more like the images they create in selfies, images which are usually highly filtered and adjusted.

Most people grossly underestimate the amount of time they are spending on social media platforms. This point is illustrated as we follow a young high school student through the documentary.

His sister starts becoming concerned when he gets up late for school because he’s been up watching videos on YouTube all night.

He starts missing soccer practice and is reluctant to engage with people in the real world because he’s become so absorbed in interacting online. He starts to withdraw into his own bubble, thus becoming isolated from those around him. Sound familiar?

If there is a hero the documentary it’s a bloke called Tristan Harris, a former Design Ethicist for Google. After he became worried, actually extremely worried, about the pervasiveness of technology, he founded an organisation called The Center for Humane Technology.

He’s been called the closest thing Silicon Valley has to a conscience, and he asks the simple question: “Have we all been put under some kind of spell?” One voice on the film states: “It’s rare for a tech insider to be so blunt, but he believes someone needs to be.”

“There’s something that goes beneath all of the problems with tech companies,” Harris says in the film. “When you look around you, it seems like the world has gone crazy. You have to ask yourself, is this normal?”

Harris aims to bring ethical design to his products, which is a great ideal, and let’s hope he succeeds.

The film has been reviewed on numerous news sites, with one describing the film as ridiculous, panning scenes where a “fictional trio of sociopaths working inside an unnamed network create bespoke push notifications to distract their users.”

The interesting thing about these scenes is that they humanise the inhuman/electronic ways in which we are being manipulated.

Seeing actual human beings performing the actions tech platforms are performing in the background 24/7 highlights their sinister and deceitful underbelly very effectively, and that is worthwhile, powerful and probably essential as our world moves further and further in this direction.

Tristan Harris makes many powerful statements in the film, but here is one of the most powerful:

“Never before in history have 50 designers, 20 to 35-year-old white guys in California, made decisions that would have an impact on two billion people.

“Two billion people will have thoughts that they didn’t intend to have because a designer at a tech platform (such as Google or Facebook) said this is how notifications work on that screen you wake up to in the morning.

“We have a moral responsibility for solving this problem.”

The Social Dilemma was produced by Larissa Rhodes and directed by Jeff Orlowski.

*Meldi Arkinstall is a Newcastle communications and social media expert. She is researching how businesses use social media as part of a Masters degree at the University of Newcastle.