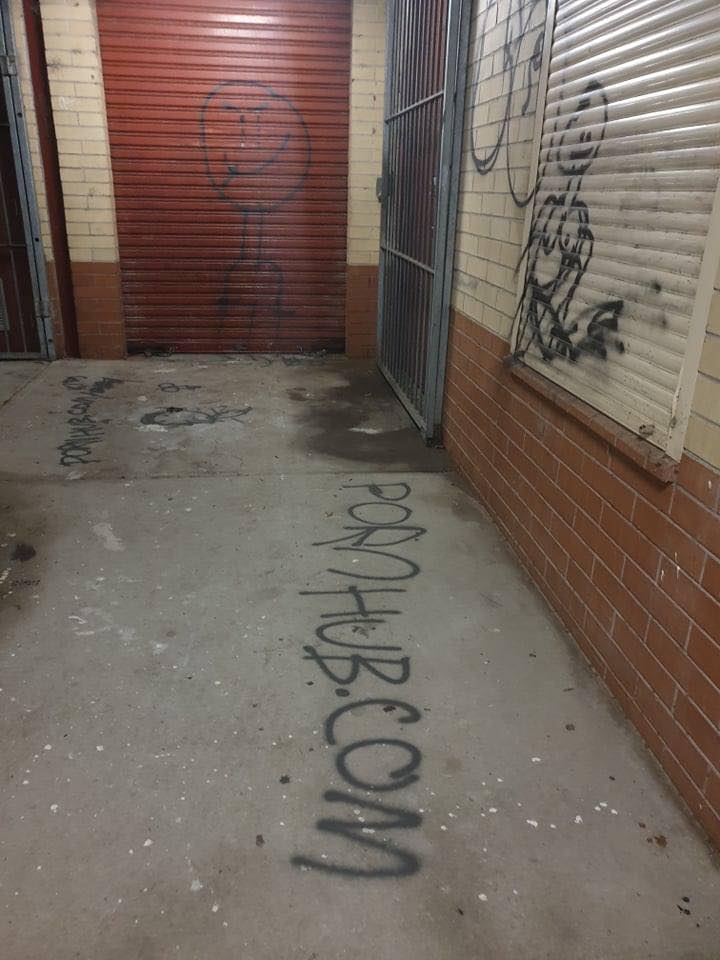 Wallsend Junior Football Club and Wallsend District Cricket Club are fed up, after their facilities were again targeted by vandals.

“We shut the ground on Sunday so we think its occurred late Sunday afternoon or Monday,” she said.

It’s the fourth time this year the canteen and changerooms have been damaged.

“This one’s significantly larger than the past ones, the first one affected cricket, they had their side screen demolished, then someone took a sledgehammer to the changeroom wall, that’s still boarded up and hasn’t been repaired at present,” Africa said.

“Then three to four weeks ago someone wrote lewd comments in male bathroom and removed toilet seats.”

The football club believes a group of youth are behind the damage.

“The latest graffiti is really childish, the kids that doing this are not accessing sport and learning to respect property and people and it comes from a culture of disrespect, maybe their parents never played sport,” Africa said.

“We have all our equipment stored in that building and the last thing we need is to replace all that gear, soccer balls and soccer goals,” she said.

The club is considering installing cctv cameras to try and catch the culprits.

“We would have to pass costs onto members and we don’t want to increase fees, we want community sport to be accessible for everybody,” Africa said.