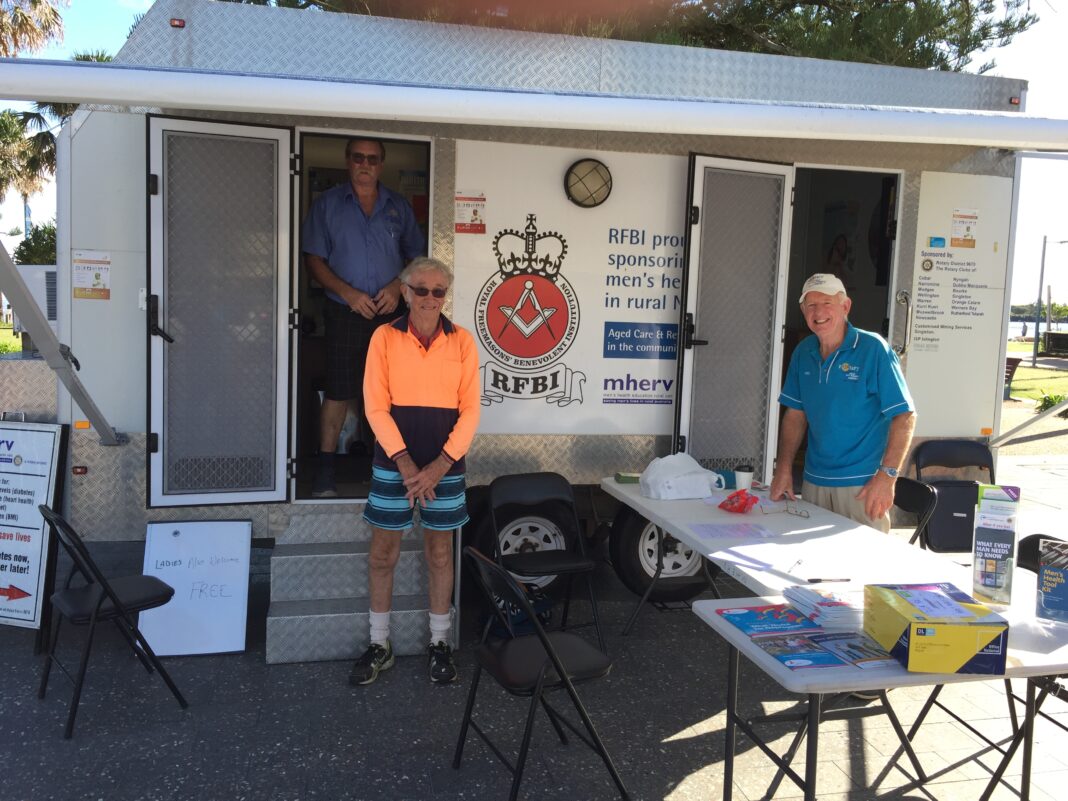 A local charity is hoping to make a difference in the fight against preventable diseases.

Starting February 4, the Men’s Health Education Rotary Van (MHERV) will begin its tour of rural NSW, to provide free health checks for males who neglect visits to the doctor.

The project, hosted by the Rotary clubs of Warners Bay and Rutherford-Telarah, tests men for signs of high blood pressure, high cholesterol and indicators of type-two diabetes.

Warners Bay Rotarian Adrian Payne, who helped get the van on the road in 2017, said there were a number of reasons why rural males were especially reluctant to obtain regular health checks.

“Basically, I think they’re too busy,” he explained.

“But, there’s another reason as well.

“And, that is in the bush you can’t get access to a doctor that easily – for that reason people put it off and put it off.

“No one really chases it, because there’s no symptoms associated with [ailments] like an imminent heart attack or high blood pressure.

“Those people don’t know they’re about to be in trouble.

“Out in the rural areas it’s difficult to get an appointment with doctors sometimes.

“In some cases, there aren’t enough of them; they’re busy and the patient can’t get an appointment; or the men can’t be bothered sitting in a waiting room for something that doesn’t even occur to them as being a problem.”

According to the Heart Foundation, heart disease is the leading cause of death in Australia, while the Australian Government estimates the diabetes death rate to be 1.7 times higher among men.

Since 2017, the MHERV has been accompanied by a full-time nurse, Rob Woolley, who administers the health checks through a simple finger prick.

Mr Payne explained the tests split men into three categories, depending on the seriousness of the results.

He added, since 2017, 300 males had been sent to doctors for urgent medical attention.

He also urged the Hunter’s men to come forward and said, one day, he would love the project to expand across Australia.

The tour begins February 4 and continues until 1 June.

Full dates are available below.