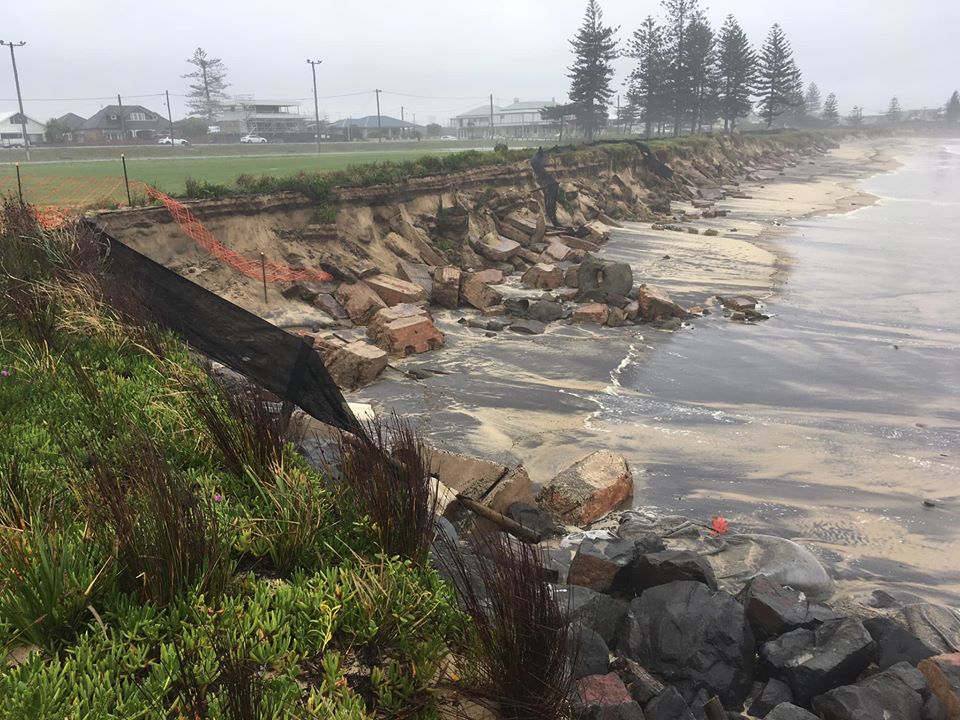 The news has been welcomed by both City of Newcastle and the community.

“I’m glad that the state government has recognised how dire the situation has become,” Save Stockton Beach’s Simon Jones said.

“Hopefully the declaration will not only help to quickly implement short-term actions to address the immediate damage, but will also help to raise the profile of our overall problem so that a real long-term solution can be prioritised.”

The declaration means that the City is eligible for assistance through the Commonwealth-State Disaster Recovery Fund to help with the cost of cleaning up and restoring the eroded area at Stockton.

“We’re pleased that this declaration enables us to deal with the short-term impact, but we will continue to call for urgent support from the Premier, Deputy Premier, Environment and Local Government Ministers to deliver a viable long-term solution,” Newcastle Lord Mayor Nuatali Nelmes said.

“Our immediate priorities are to ensure public safety along the coastal area and to protect public and private assets and property.”

Mr Jones said the issue of erosion had caused “massive stress and anger” and impacted on public attitude and sentiment.

“Most people in Stockton would consider a trip to the beach as their right, and the beach forms part of their identity,” he said.“Personally, almost all of my lifelong friendships have, in some way, been shaped by the beach.

“I fear that, for future generations, this will no longer be the case.”

Mr Jones believed that a large sand nourishment campaign could help restore the beach to its natural state. He said that studies had shown that the beach had lost almost 10 million cubic metres of sand.

Ocean-front cabins within Stockton Holiday Park have been relocated after the council deemed them at risk of collapsing into the ocean.

An unstable sand cliff, north of the Stockton Surf Life Saving Club, was fenced off for public safety, while Lexie’s café was closed and a number of areas were reinforced with sandbags.

The City added these actions were necessary to protect public assets.

In the interest of public safety, all accessways along Stockton Beach have been closed until further notice and the community is advised to keep away from the top and bottom of sand cliffs as they may be unstable and collapse without warning.

City of Newcastle has also requested that all residents avoid the beach because the erosion has exposed significant amounts of historic material and debris which pose a public safety risk.

It added that all residents and visitors needed to be aware of changed conditions and follow directional signage, warning notices and instructions from City staff and other authorities.

Go to newcastle.nsw.gov.au for more.

How to spot and stay safe in a rip