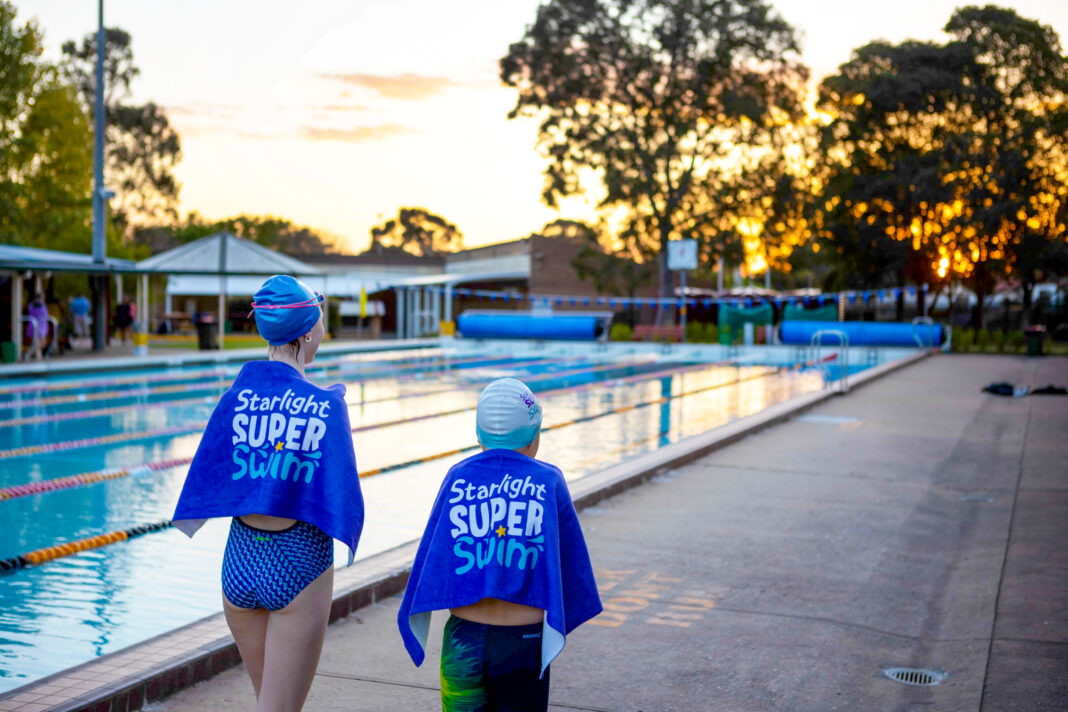 The Starlight Children’s Foundation is calling on Novocastrians to dive into its latest initiative and make a splash for sick kids.

A Super Swim will challenge individuals to swim at a location of their choice while raising funds for the national children’s charity.

“So, the Super Swim challenge is one of our leading fundraising campaigns,” Starlight’s National Partnerships Manager Matt Geraghty said.

“It’s a 30-day virtual challenge that anyone can enter, it’s for all ages and fitness levels, you can swim in a pool or the ocean and people set a distance target for themselves and raise money for Starlight while they are doing it.”

Participants are encouraged to beat their personal fitness goals by tracking the distance they’ve swum and finding people to support their efforts by donating to the foundation between Tuesday 26 January and Wednesday 24 February.

“We are well on our way to smashing our $1 million fundraising goal.

“The money helps us to fund our core programs, it is absolutely critical for us to continue what we do, especially in these unique times.”

Just $39 gives a hospitalised child access to Starlight Express Rooms for the duration of their stay.

These rooms are located at major hospitals, including the John Hunter, and are a medical-free haven for children and their families seeking a break from the relentless cycle of treatments and procedures.

The charity has also been adapting to the changes brought about by the pandemic.

“Like most charities, we have been severely impacted – our fundraising has been decimated,” Mr Geraghty said.

“[This] has a knock-on effect to our programs, which makes this type of campaign even more important,” he said.

“The good thing is that we have been able to continue to operate our programs. We’ve had to flex and adapt and innovate but we have still been able to support sick kids.”

Supported by ambassadors Mick Fanning, Libby Trickett and Kieran Perkins, the challenge also has a number of prizes up for grabs.

“There is plenty of time left to sign up [and] there are great rewards to be earned,” Mr Geraghty said.

“Already, we are set to smash last year’s number; the bigger the better – it means more kids will be helped.”