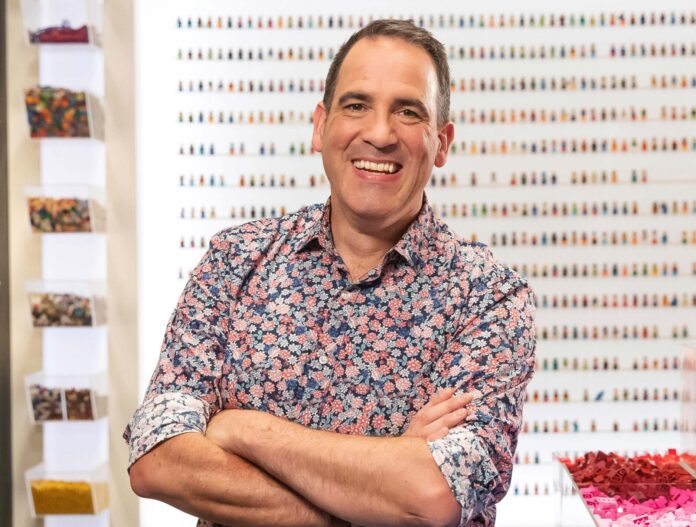 A judge on LEGO Masters Australia and a LEGO-Certified Professional (one of only 14 in the world), Ryan has been creating LEGO models professionally for stores, exhibitions, and events all over the world since 2008.

With twin sons, Ryan had no choice but to love LEGO again, even more so when his mum kept all his LEGO from when he was a child and gave it back to him. Ryan has created everything from life-sized cars, a gigantic Christmas tree, and has even made LEGO for Danish royalty!

When not building LEGO, Ryan loves marathon running and is working on his goal to run one on every continent.

At 7.5 metres tall, this is the tallest model I’ve made and the tallest LEGO model in the Southern Hemisphere.

My first LEGO model of the colosseum taught me so much about building – LEGO does not make ovals easily. Even after a tragic shipping accident, I still had a lot to learn building it a second time.

Although not the first life-sized LEGO car we’ve made, this is one of models I’m most proud of. The shape, the style of the car, all the little details, the working lights and built in wheels so it can roll. It all just came out so well.

Being a part of LEGO Masters is amazing and working with Hamish has not only taught me a heap about the strange new world of making TV, but he’s made the whole process so much fun!

Besides building the colosseum, the other LEGO model that I’ve learnt the most from is probably the Sydney Opera House.

Believe it or not, my team and I have built LEGO versions of the Sydney Opera House 19 times.