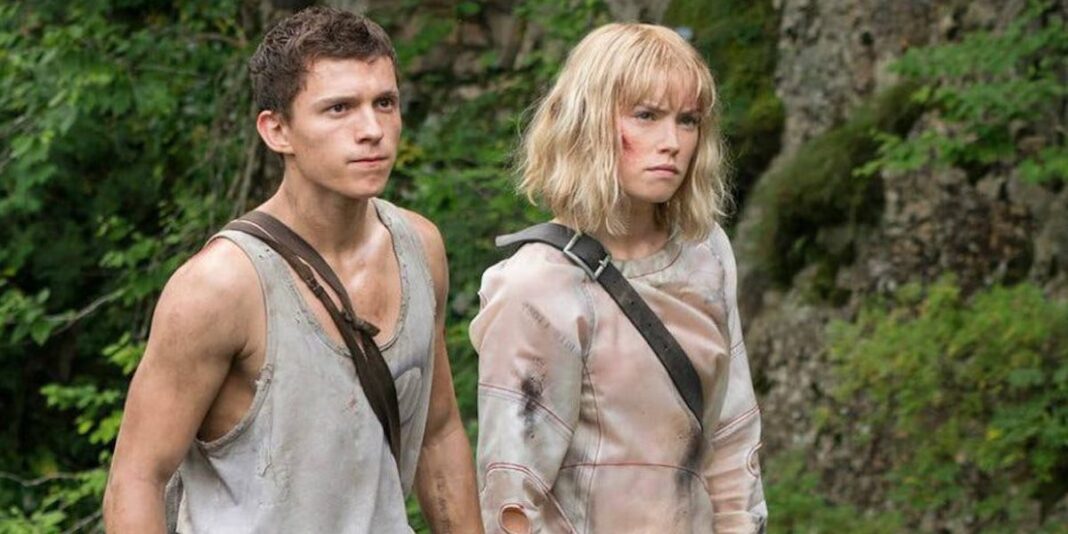 In the future, on a distant alien planet, young Todd Hewitt (Tom Holland) goes about his day in the agricultural commune of Prentisstown, which is populated by men who emit their thoughts; referred to as ‘the noise’. One day, Todd meets downed female astronaut Viola (Daisy Ridley).

Based on the award-winning first novel of a young-adult sci-fi series, Chaos Walking is about a world where it is impossible to escape information overload. Whereas the novel has a solid concept with interesting twists and turns, the movie disappointingly forgoes such developments, perhaps to play safer to a wider, general audience, resulting in a bland experience.

Director Doug Liman returns to the young-adult sci-fi adventure genre after Jumper, bringing along his frenetic and visceral style. The world is lived-in, with odd splashes of colour (orange is plastered on weapons as well as clothing and architecture) and hints of a sinister past. Like Passengers, the movie would have been stronger, more effective, and better aligned with the main theme had the story been told from Viola’s perspective.

All lead actors are serviceable, with Todd struggling in his attempts to break away from the toxic Mayor Prentiss (Mads Mikkelsen) while helping Viola.

As it is, after a considerable set up of the world and the conflict, the movie chooses to soften its blow, which may prove fatal to future franchise potential.

Verdict: A strong set-up with no follow through, leading to a muted story. 2 stars.