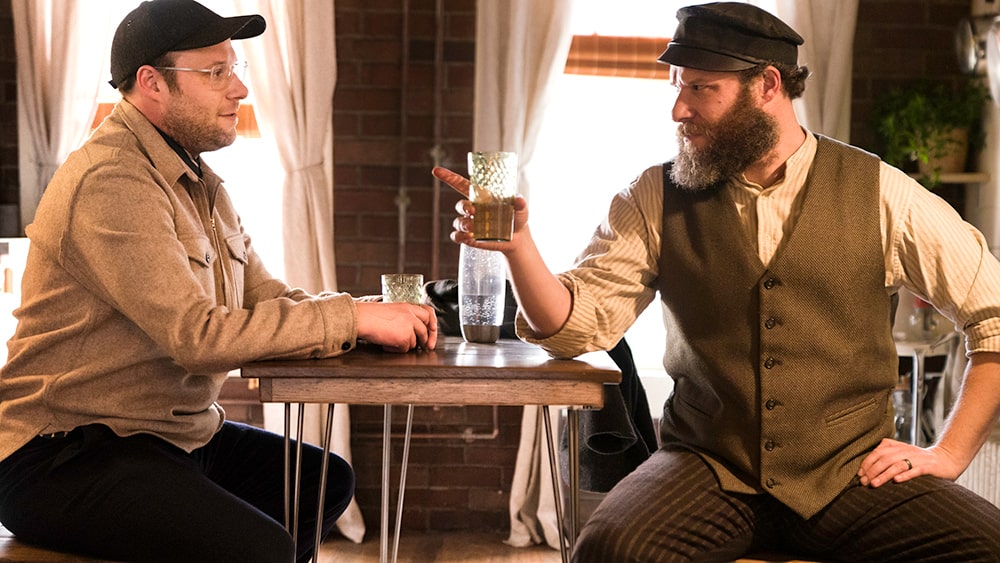 Herschel Greenbaum (Seth Rogen) tells the story of how he met his spouse, Sarah Greenbaum (Sarah Snook), in their struggling Jewish village. In 1919, the duo emigrates to Brooklyn, where Herschel picks up work at a pickle factory. Soon, Herschel accidentally falls into a vat of pickles and awakens 100 years later!

The movie is a fish-out-of-water premise akin to Encino Man and Blast from the Past. In this mould, the protagonist arrives in a strange environment which is used not only for humour, but to lay the ground for social commentary: reflecting on the dashed hopes of the past. The protagonist goes on to synergise his core ‘old-fashioned’ values and principles in-line with the strengths and positives of the environment he finds himself in, where he ultimately grows and succeeds. An American Pickle surprisingly goes further in its social commentary, tackling the ‘American dream’ of commercialisation and competition, social media, cancel-culture and contemporary politics.

The traditional Herschel meets his great-grandson, Ben (also played by Rogen), and is disappointed to find that he is not successful in the traditional sense (no faith or family), nor in the contemporary sense: a freelance app developer, Ben is stalling on the release of his Boop Bop app. Instead of coming together, the duo sits stubbornly at odds: descending into sabotaging each other’s attempts at success.

Verdict: A surprisingly biting, yet funny, contemporary social commentary. The movie shows us the pickle we are in, and a possible way out. 4.5 stars.