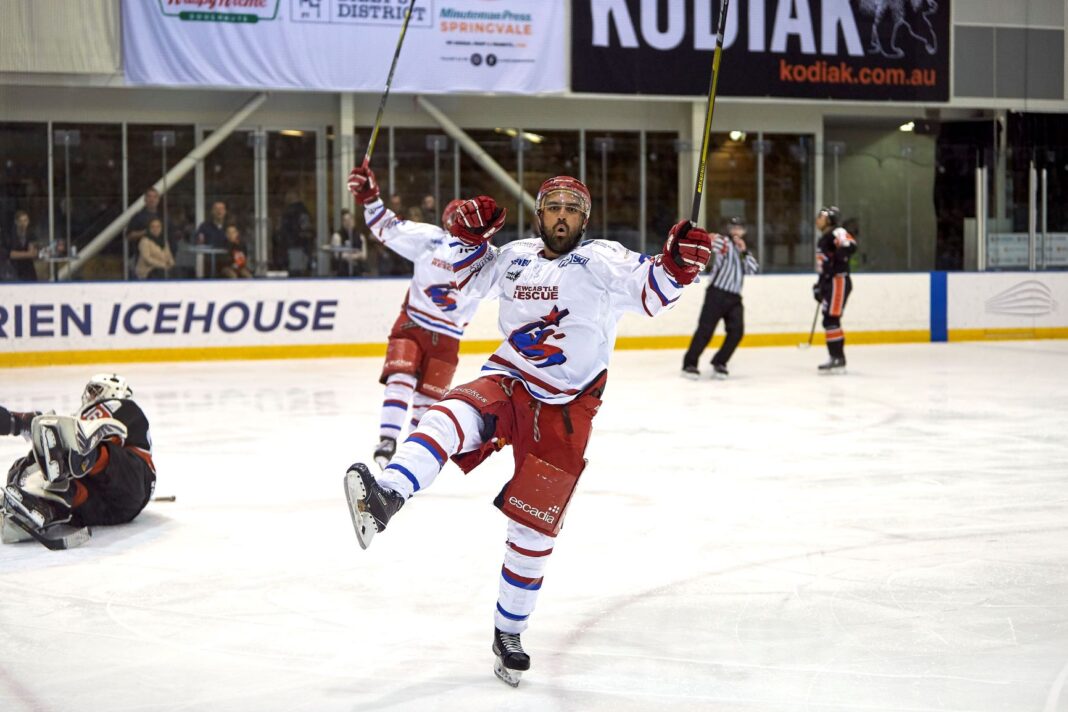 Newcastle silenced critics who were sceptical the team could continue its winning ways on the road in Melbourne by digging deep to claim a 4-3 victory over the Mustangs on Saturday and a 6-4 win against the Ice on Sunday.

It came after the Mustangs snapped the Northstars’ unbeaten start to the season the week prior.

Newcastle head coach John Kennedy Jr said he was “happy with where we are at” after five straight double header weekends and just one loss so far.

“For us as a team, we didn’t step back all weekend,” Kennedy said.
“Even though we were one import short, we were still able to answer.
“It has been the tale of our team so far – we’re a team unit; each and every player contributes.

“To take nine out of 10 games, we couldn’t be happier with the first third of the season.
“We’re looking forward to the next couple of one game weekends and a bye weekend, which will be great to heal some of the injuries.”

Long-time Newcastle player Matt Wetini, who stepped back from the team this season, was called up to replace injured import Dominik Gabaj.

Wetini went on to score the game-winner against the Mustangs.

The Northstars’ Czech import, Ondrej Smach, then ended his stint in Australia by scoring the winner against the Ice.

Newcastle will face the Sydney Bears away on Sunday 2 June from 5pm.