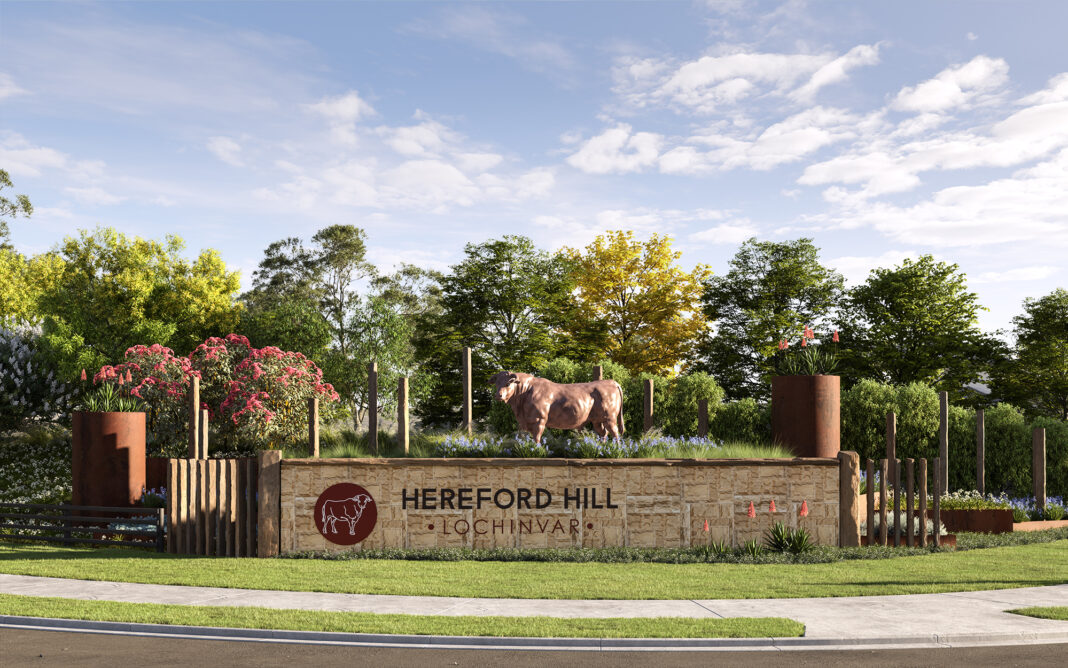 Led by the McCloy Group, the 25-hectare parcel of land will be named Hereford Hill and, when complete, will have 280 new homes, with an estimated 600 residents.

It is set to launch next month and will be located on the New England Highway, near Airds of Lochinvar.

As part of the stage 1 and 2 development, a grand entry statement will line both sides of the new RMS intersection, complete with natural stonework, timber features and a life-size bronze bull, paying homage to the community’s name.

“We seek to create communities which families can be proud to call home.”

Hereford Hill is at the entrance of the Lochinvar Urban Release Area, a major housing, transport and service centre for the northern end of the Lower Hunter.

The development joins an ever-growing list in the Maitland Local Government Area, which has demonstrated booming growth in the house and land space.

Between 2011 and 2016, Census data showed Maitland grew at a much higher rate than that of the broader Hunter Region, up from 9% to 15% in the five-year period.

Work at Hereford Hill is expected to start in early 2021, with an open date later in the year.

Find out more about homesites and the Hereford Hill community here.