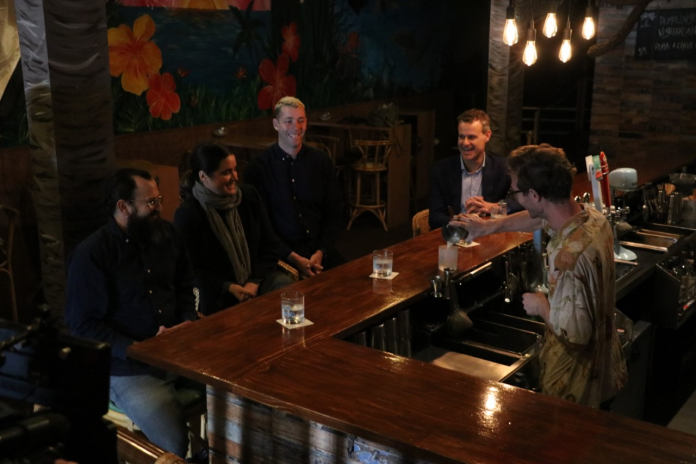 A committee to push for changes to lock-out laws in Newcastle is on the cards following a visit from the NSW Customer Service Minister Victor Dominello this week.

Newcastle State MP Tim Crakanthorp and Upper House One Nation MP Mark Latham will head the committee, which will be made up of representatives of City of Newcastle, police, the Hunter Business Chamber, and the Independent Liquor and Gaming Authority.

The purpose of the committee is to initiate a trial, where small bars will be able to stay open until 2am, making the conditions, which were implemented in 2008, redundant.

“We’re looking to see if we can improve conditions for them and, if we can make some small changes, they will have a big effect,” Mr Crakanthorp said.

“It’s embarrassing you can’t take a guest after seeing a show at the Civic to get a cocktail after 10pm.”

Prudence Farquhar, co-owner of cocktail bar Blue Kahunas, said relaxing the restrictions, which she says are outdated, would be a big boost for business.

“In the whole of the state, Newcastle is the only place small bars can’t open past 12pm – in Terrigal and Sydney, they open until 2am.

“There’s been three billion dollars worth of investment around the CBD, which has moved along and changed since then,” he said.

“Million dollar apartments are sprouting up all over the CBD and there’s been a huge change in demographic in the city in the last 12 years.

“The laws now are the tightest in NSW, if not Australia, and Newcastle has grown.

“Twelve years ago, you couldn’t get an iPhone, Uber, and there was no light rail.”

Being able to increase operating hours would also be a win for small bars, after being affected by COVID-19 shutdowns.

“Luckily enough, the Independent Bar Association pushed for takeaway cocktails and that was successful, but only 5 to 10% of our regular weekly sale – nowhere near our regular revenue.

“A change in the rules would mean an increase in revenue and staff to create a vibrant cocktail scene in Newcastle.”

Your guide to COVID testing for children under five.

Study, stress and sandwiches: the class of COVID