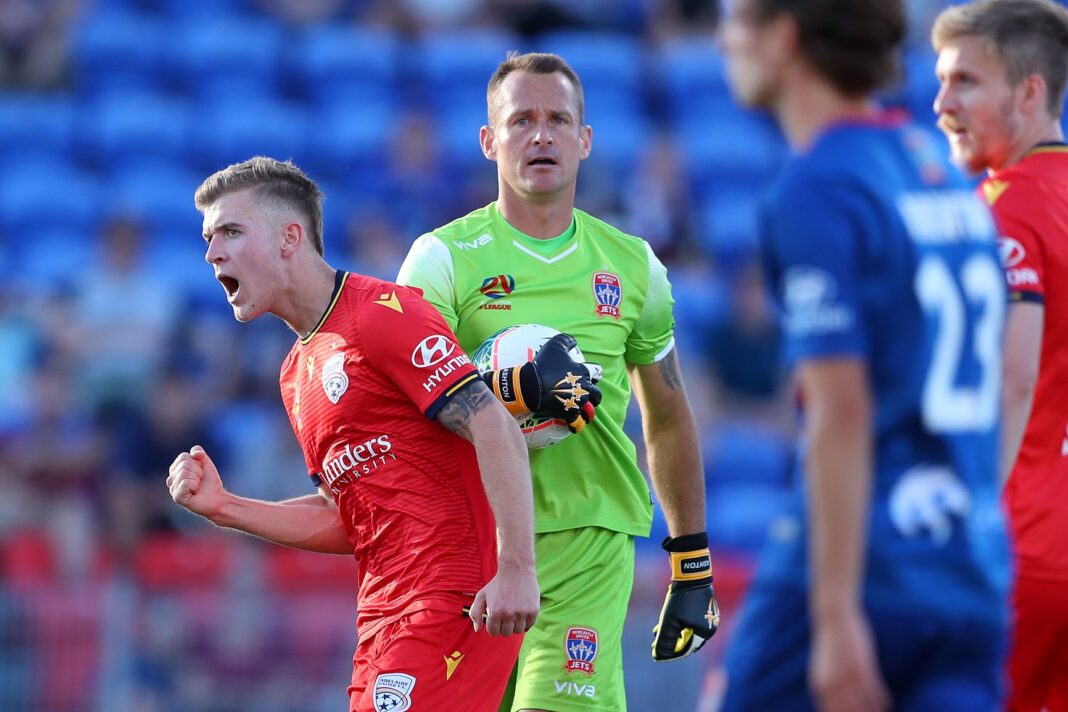 Former Jet Riley McGree came back to haunt his old club as his two-goal haul helped Adelaide down Newcastle 2-1 at McDonald Jones Stadium on Satu​rday afternoon.

A spectacular strike by Abdiel Arroyo put the Jets in front in the 37th minute. The Panamanian international controlled the ball on his chest from a throw-in before turning and volleying the ball past Adelaide goalkeeper Paul Izzo.

However, the visitors jumped out of the blocks in the second period and found an equaliser through McGree in the 48th minute.

The youngster then directed in his second goal directly from a corner just past the hour mark.

The Jets thought they drawn level in the 69th minute, but it was ruled out after Arroyo committed a handball in the build-up.

Newcastle will now face Sydney FC in round four action this Friday 1 November from 7.30pm at Leichhardt Oval.