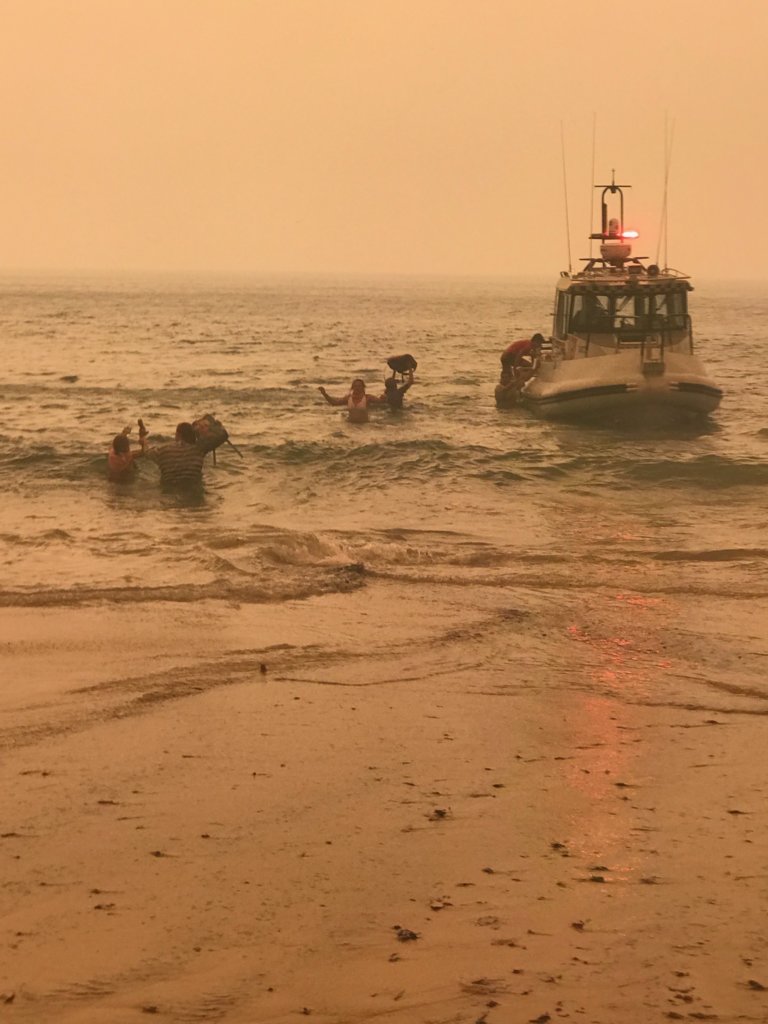 Marine Rescue among thousands receiving thanks

Three hundred and sixty-five members of Marine Rescue NSW are among the 65,000 to receive a Bushfire Emergency Citation recognising their efforts within the State’s biggest bushfire crisis in living memory.

More than 65,000 people involved across a broad spectrum of the 2019-2020 firefight will receive the citation, a certificate of recognition, commemorative cap and a letter from the Premier acknowledging their contribution and thanking them for their service.

Premier Gladys Berejiklian said this initiative recognised those who served both on the front line and behind the scenes.

“This citation is thoroughly deserved for the thousands of volunteers and emergency services personnel who put their safety on the line to protect lives and properties,” she said.

“Equally deserving are those recognised who provided critical behind the scenes support.

“In harrowing conditions, those recognised kept turning up to help their communities day after day, week after week, month after month.

“This citation serves as a reminder of their heroic dedication to the people of NSW in the most trying circumstances.”

Minister for Police and Emergency Services David Elliott said it was imperative we recognise the hard work and dedication of those who served their community during the ‘black summer’ bushfires.

“This is an opportunity for the people of NSW to show our brave emergency services personnel that we don’t consider them to be simply public servants in uniform,” he said.

“The unique nature of decorations and awards personify the bravery required and dedication to service.

The NSW Emergency Bushfire citations extend beyond NSW, with firefighters from interstate and more than 300 overseas counterparts receiving thanks for their efforts.