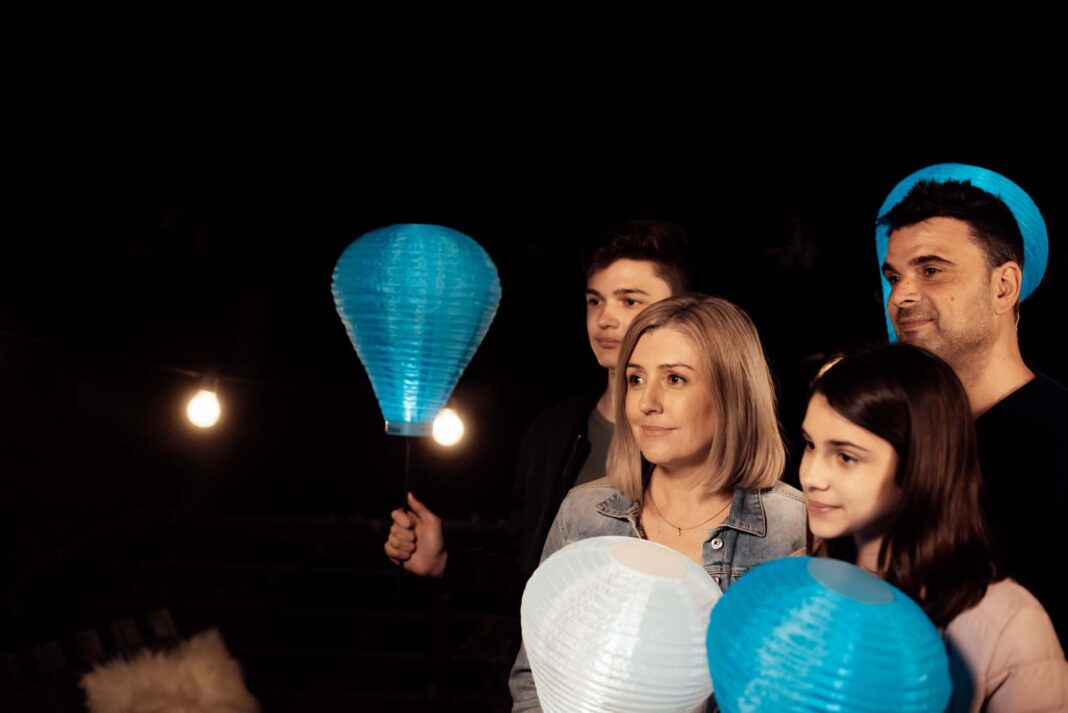 Lighting the night for people with blood cancer

Newcastle’s Sue Whare has fought cancer not once but twice.

The 67-year-old has faced off against breast cancer and, because of the treatment for this bout, she also developed Myelodysplastic Syndrome (MDS) – a blood disorder that can occur when the blood-forming cells in the bone marrow become abnormal.

Her doctor first noticed that something was wrong just before she left for South Africa to visit her family for Christmas in 2018.

“I went for a routine blood test and I was diagnosed with low white blood cell count and my GP said: ‘Let’s repeat it’ and it was still low, so we repeated it again but it was still low,” she said.

“We were determined to go to South Africa regardless, it was going to be our first family Christmas in South Africa since 1983.

“My GP did indicate that it could have been a bit sinister, but we went, and I was feeling fine.”

When Sue and her family returned to Newcastle, she underwent several tests to find out what was wrong.

She was then diagnosed with MDS. The only way to treat this type of cancer is through a transplant, so the search began for a bone marrow donor.

After looking into several possible options, including her sister in South Africa, one of her sons was deemed a match and, in November last year, they underwent the procedure.

It was after the transplant when the Leukemia Foundation – a national charity in Australia dedicated to assisting those with blood cancer – stepped in to lend a hand.

Sue needed to stay in Sydney near Westmead Hospital for three months to ensure care was never far away if she needed it.

While it was daunting, Sue said the accommodation, which was provided to them for free by the foundation, made them feel really comfortable.

“We had this accommodation for three months with good support; they had a counsellor there if we needed her,” she said.

“They were just absolutely wonderful.

“I feel like I owe a great deal to them. It would have been much more difficult without them, it would have put a massive financial strain on us.”

Sue will mark her battle with close family and friends by lighting the night with the charity next month.

On Saturday 10 October, she will join thousands across the country to mark the annual Light the Night event through a virtual lantern lighting ceremony.

So far, Sue has raised more than $860 for the Leukemia Foundation.

The event has been reimagined because of the pandemic but, according Acting General Manager Rachael Lance, it should inspire even more Australians.

“It will be one national moment for the blood cancer community to come together – regardless of where you live, or your stage of treatment,” she said.

“Everyone will be able to join in and be part of this shared moment of hope and unity.”

Go to the Light the Night website for more information or click here to donate to Sue’s campaign.

Variety Bash 2021 to roll in for foreshore fun day