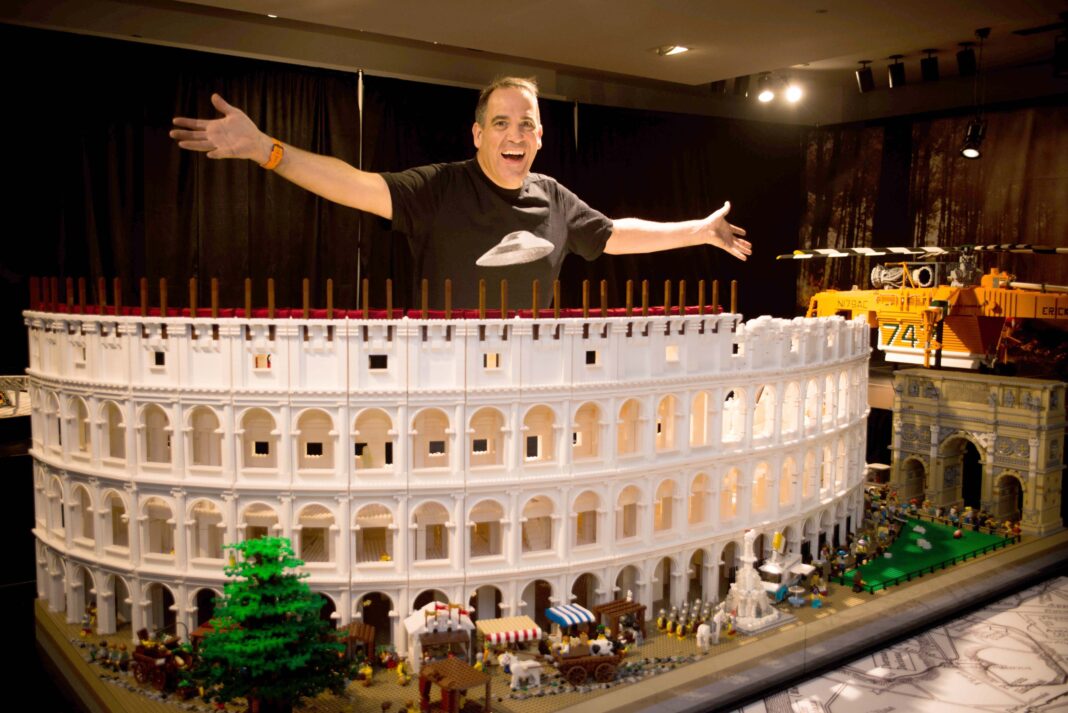 LEGO exhibition to land in Newcastle

Having an appreciation of the colour white and an understanding of mathematics.

According to Ryan ‘The Brickman’ McNaught, these two things are an important part of being a LEGO master.

McNaught, one of 14 certi­fied LEGO professionals in the world, is best known for starring alongside Hamish Blake on Channel Nine’s LEGO Masters.

However, the building bricks have not always been a part of his life.

“When I had kids, my twins got into it, so I got back into it that way. I love that I have unlimited creativity, nothing has defeated me yet.”

Novocastrians will get to see McNaught’s passion in action as his latest exhibition builds its way into town from Friday 25 September.

Newcastle Entertainment Centre will host the exhibition, which features 36 models.

One of the most anticipated models is the world’s first life-size LEGO Harley Davidson, while another that is sure to impress will be a three-metre tall killer whale.

Despite his disappointment at missing this year’s exhibition because of Melbourne’s ongoing lockdown, McNaught is still excited about the opportunity to showcase his work and the chance to create happiness.

“In the time that we are in now, any chance to provide someone with joy is great,” he said.

“My team and I have had a great time building all these record-breaking models, so I can’t wait to share them with fans and families in Newcastle.”

For McNaught, the best part of an exhibition is seeing people appreciate his work.

“A lot of [the models] take so long to build, so often we don’t get the sense of achievement until someone sees it,” he said.

“It’s always nice to see someone enjoy your work.”