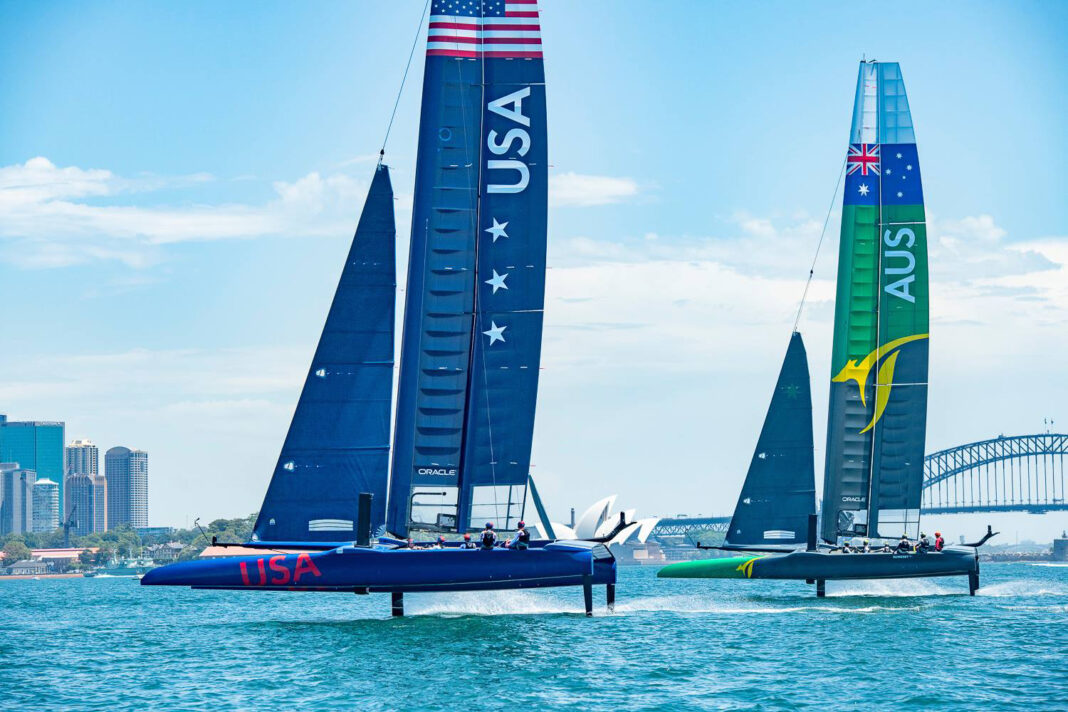 Langford in line for harbour race

Lake Macquarie sailor Kyle Langford will be the Australian SailGP team’s “throttle man” when its F50 catamaran hits Sydney Harbour this weekend for a new international league that has been dubbed F1 on water.

Australia is set to take on the United States, Great Britain, China, Japan and France for a $1 million prize in the inaugural Sydney SailGP – a race in which the fastest boats in the world are tipped to reach speeds of up to 100 kilometres, or about 50 knots, per hour.

The team first tested their catamaran’s capabilities off the coast of New Zealand’s Northland region, while Langford says practice sessions on the harbour have been intense.

“It’s a really confined space on the harbour and, going at this speed, you eat up the water really quickly,” he tells Newcastle Weekly.

“We reached a top speed of 49.7 knots in New Zealand, which is the fastest of any race boat in the world.

“That was pretty cool so, with a decent sea breeze on the harbour, we’re hoping we can reach 50 [knots].”

Langford has an impressive resume. He won the America’s Cup with Oracle Team USA in 2013, came third with Team Brunel in the Volvo Ocean Race campaign, competed in two Extreme Sailing Series, and claimed the 2010 RC44 World Championship.

The 29-year-old, who will perform the role of wing trimmer for the Australian squad, says he’s excited about the chance to represent his country.

“A wing trimmer is the power source to the boat, basically a throttle man,” he says.

“It’s important not to sail too greater distance, so I monitor the speed and angle so we can get around the course as quickly as possible.

“It will be really nice to race in Sydney – I’ve done the Sydney to Hobart but, apart from that, I haven’t done many races in Australia.”

The SailGP Sydney event will take place from 4pm to 6pm on Friday 15 February and 3pm to 5pm on Saturday 16 February.

Each team will compete in fleet races, culminating in the top two squads racing for a place on the winner’s podium in a match race on Saturday afternoon.