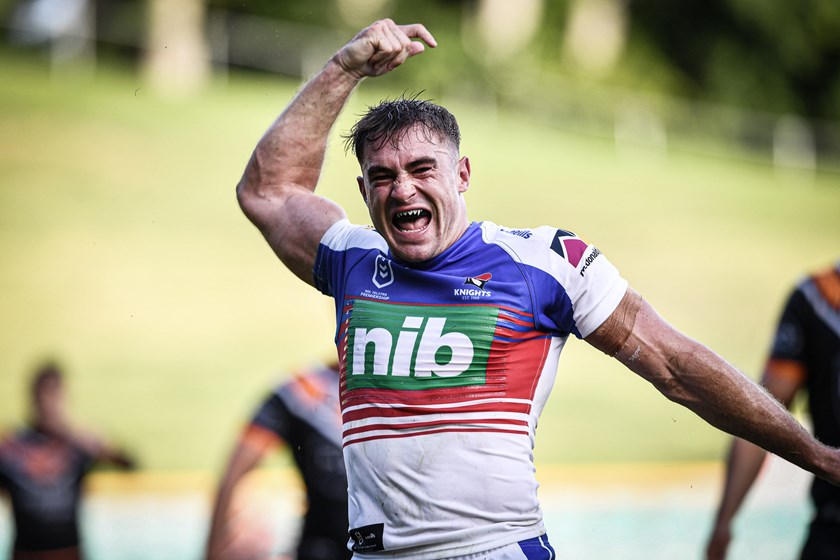 The Newcastle Knights were hinting at a big announcement to be delivered tonight but couldn’t wait any longer – taking to social media to announce the re-signing of Connor Watson for the 2021 season.

The 24-year-old said he’s ecstatic to have his future secured.

“It was an easy decision to re-sign,” Watson said.

“I feel like there’s nowhere else I’d rather be. We are building something special here and I’m looking forward to being part of that.”

Watson has spent the last three seasons in Newcastle after making his debut for the Roosters in 2016.

Able to play almost anywhere on the park, Watson’s versatility and spark will be a huge bonus for Adam O’Brien next season.

The new deal represents a reward for his resilience throughout an injury-interrupted 2020.

“Getting injured and not having a deal locked up for next year was pretty scary but I’m grateful the Club is putting its faith in me and have re-signed me,” Watson said.

“I want to thank the supporters and Club for making the last three years so enjoyable and I’m excited to continue building and hopefully bring a premiership to Newcastle.”