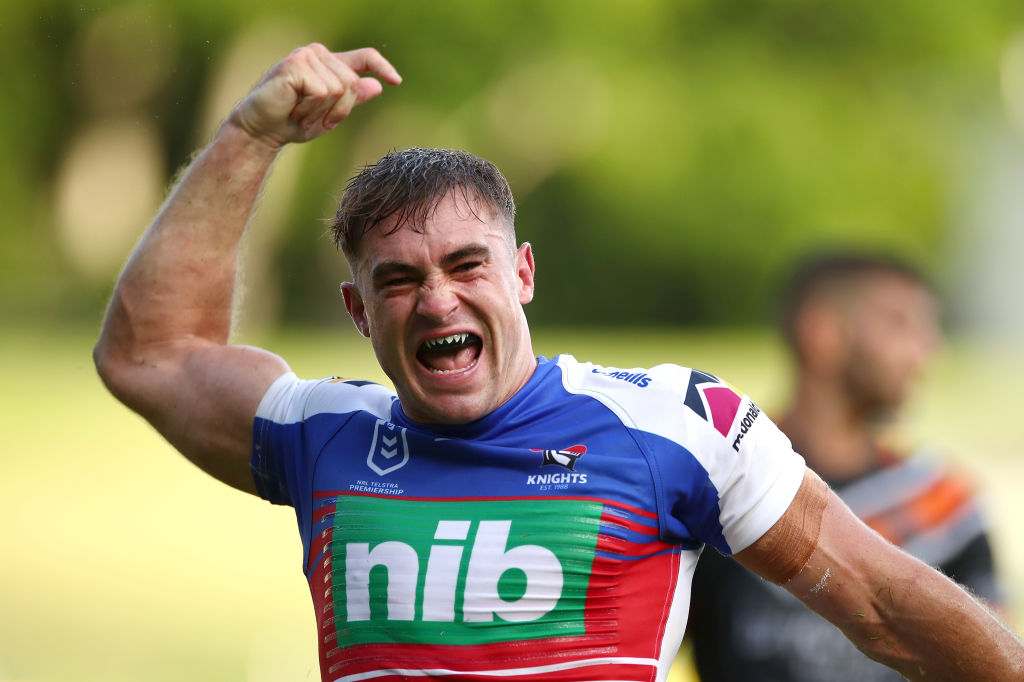 “It’s great. I’m happy. The obvious standouts are the first seven weeks which will show us where we stand. But I’m just happy footy’s back,” he said.

The Knights kick off the season on Sunday May 31 against the sixth-placed Panthers, followed by the Raiders in round four.

“I think they’ve put all teams that have won their first few games up first to level the ladder, I’m not sure, but we are first up against two really good teams, one in a grand final last year and Penrith who has had a good off season,” he said.

O’Brien said the draw, which sees the Knights with no byes, presents its unique set of challenges.

“We are 18 rounds straight and we have never done that.

“So what do I do? Rest guys? If you get three or four injuries are you bringing in people who haven’t played since round one? There are so many things to think of as a coach,” he said.

Despite a strong start to the season, O’Brien said the side is yet to show what it’s made of.

“We haven’t reached our potential yet.

“We’ve won two games but have identified areas we need to improve.

“The first eight weeks will give us the opportunity to test ourselves against some quality sides,” he said.

TRAFFIC ALERT: Bridge maintenance to begin on the Pacific Highway