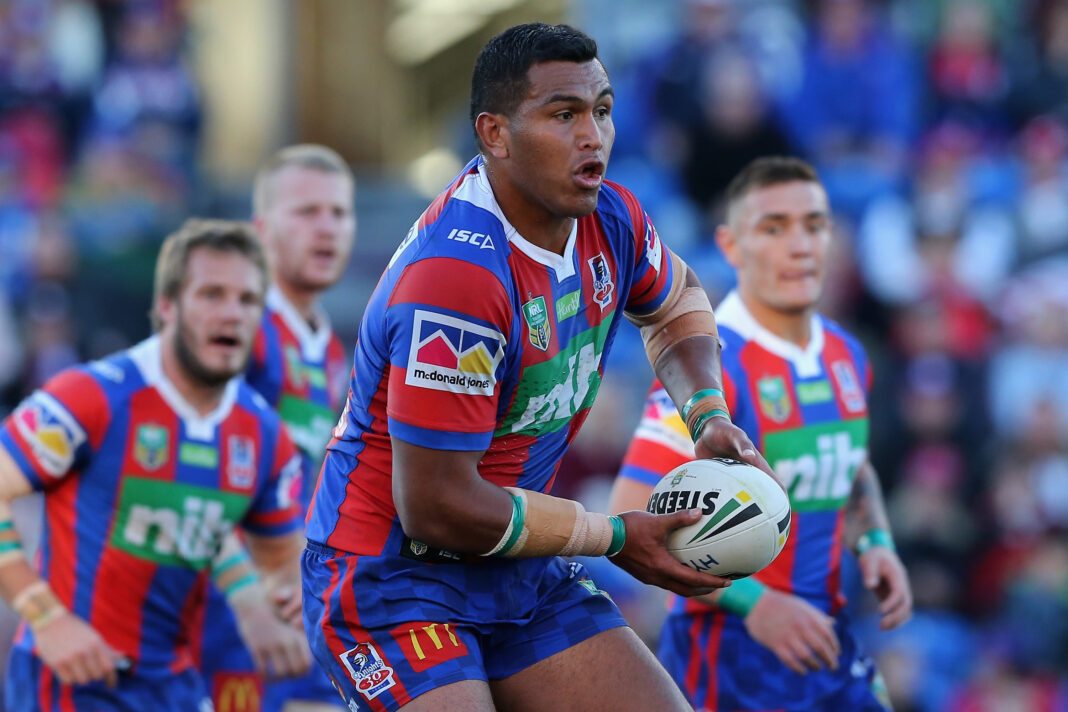 Knights forward Jacob Saifiti will call Newcastle home for an extra two years after signing a contract extension with the club.

In a statement today, the club said that, at 24-years-old, Saifiti has taken his game to another level and has rightly been rewarded with a new deal, which keeps him at the club until at least the end of 2022.

“I made it clear to my manager from the start that I didn’t want to leave and that Newcastle is home to me. It’s where I want to spend the rest of my career,” Saifiti said.

“I want to make our coach Adam O’Brien proud. He’s put a lot of faith in me and given me confidence to play consistent football this year.

“I have stability for me and my partner, I’m only an hour away from home and in the end, it was an easy decision.”

A Fijian international, the 114-kilogram powerhouse has more than 60 top grade games to his name and is enjoying his most consistent year in the NRL to date.

According to O’Brien, Saifiti’s extension was crucial for the team dynamic.

“What he’s done on the field has been outstanding and his best footy is still in front of him,” O’Brien said.

“He debuted young and has been through some tough years. A lot of people forget that he’s only in his early 20s.

“In a perfect world, you’d like to keep this entire roster together but keeping Jacob and Daniel together long-term was of high importance to me.

“Jacob could’ve easily got more money elsewhere, but he’s remained loyal to his teammates and club. With traits like that, he’s someone who will feel the rewards of his loyalty down the road.”

A Central Coast junior who has climbed his way through the club’s lower grades, Saifiti made his NRL debut for the Knights in 2016.

He and twin brother Daniel made history by becoming the first twins in the game’s history to debut together and the new contract affords the pair the ability to continue their journey together.

Recruitment Manager Alex McKinnon said Jacob had shown a real commitment both on and off the field to his professionalism.

“He’s shown faith in us at the club, he wants to be here and wants success with the Knights.

“It excites me that both he and Daniel are playing together and, while he’s played some very good games this year and shown significant growth under Adam O’Brien, I believe his best footy is in front of him.”