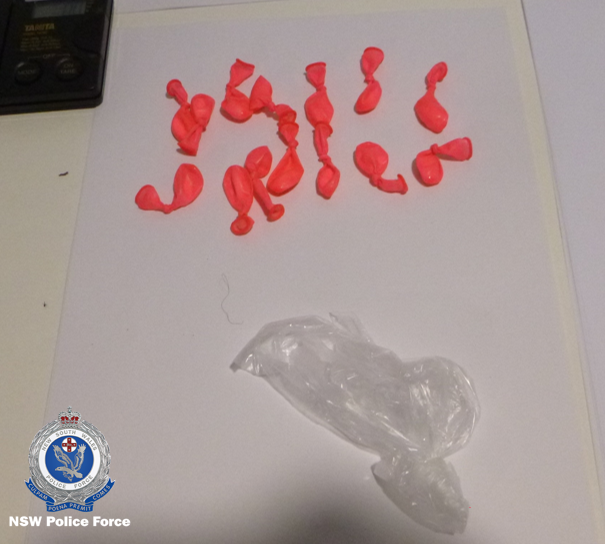 Four people have been charged after allegedly attempting to introduce contraband into a correctional facility in Cessnock.

Officers from the Corrective Services NSW’s Security Operations Group North were conducting a surveillance operation at a correctional facility at Cessnock at about 1pm on Saturday 25 July, when they observed a man within the grounds.

The man attempted to flee before officers detained him and contacted Hunter Valley police.

During a search of the man, police located a ball with several items secreted inside, including prescription medication, cannabis and tobacco.

Officers from Hunter Valley Police District arrested the man and took him to Cessnock Police Station.

He was refused bail to appear at Newcastle Local Court yesterday (Sunday 26 July), where he was formally bail refused to appear at the same court today (Monday 27 July).

Following ongoing inquiries with the Corrective Services NSW Security Operations Group North, correctives officers intercepted a vehicle on Pinchen Street, Nulkaba, at about 9.30am yesterday, where they spoke with the driver – a 28-year-old woman – and two male passengers – aged 22 and 19.

Corrective Services NSW officers detained all three persons and conducted a search of the vehicle, where they allegedly located a large quantity of prescription medication, mobile phones, cannabis, cash and a drone.

All three were arrested and taken to Cessnock Police Station.

Police will allege in court that the two men were intending to use the drone to deliver contraband into the correctional facility.

The 28-year-old Bankstown woman was charged with drive motor vehicle while license suspended and a breach of bail offence. She was refused bail to face Newcastle Local Court today.

The 19-year-old Bonnyrigg man was charged with supply prohibited drug less than commercial quantity and possess prohibited drug. He was granted conditional bail to appear at Cessnock Local Court on Wednesday 26 August 2020.

The 22-year-old North Parramatta man was charged with supply prohibited drug less than commercial quantity. He was granted conditional bail to appear at Cessnock Local Court on Wednesday 26 August 2020.

“Illicit drugs can cause detrimental harm inside facilities and in our communities, and all agencies will continue to work together to reduce the supply of the illegal drug trade.”