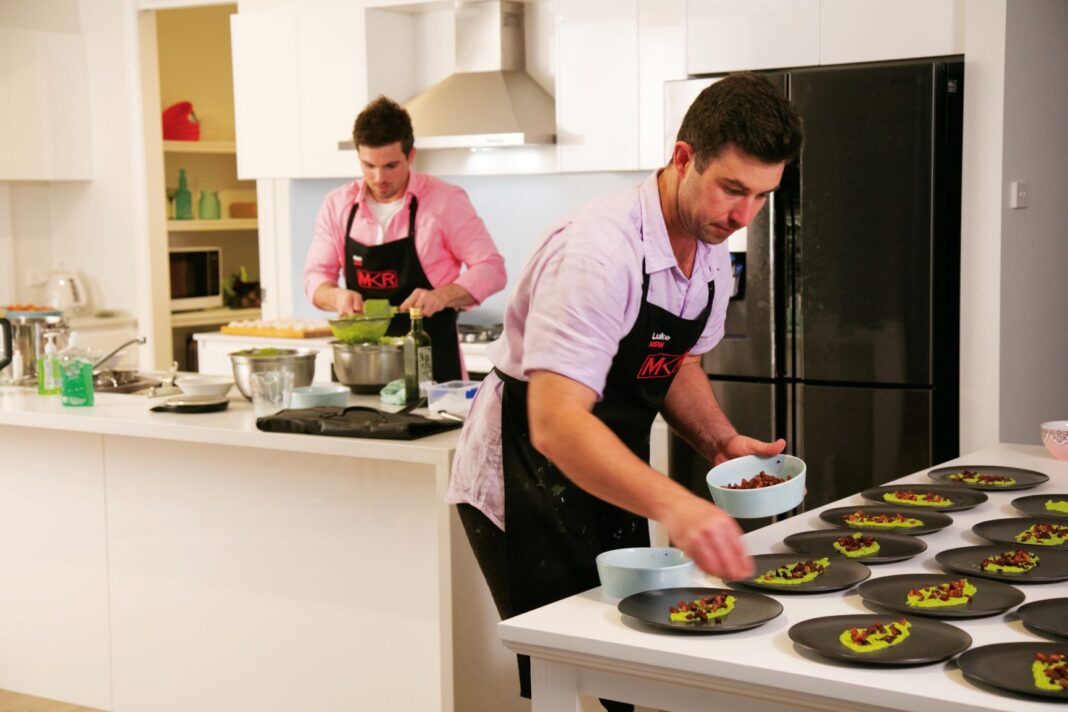 Perhaps it’s their history as cricket mates, or maybe it’s their shared zest for food that makes Hunter My Kitchen Rules contestants Matt Gawthrop and Luke Stewart such a dynamic duo in the kitchen.

Either way, the pair hit their competitors for six in last night’s Group 1 vs Group 2 challenge.

Tasked with cooking smoked venison, neither of the boys were feeling particularly confident – especially Matt – when their fellow competitors nominated them to represent Group 2.

Well, Luke might have had something to do with that.

“[He] volunteered us without much consultation,” Matt joked.
“I was doing my best to blend into the background because my confidence wasn’t sky high.”

Despite this, the group reassured them that cooking venison was apparently just like cooking kangaroo (which they dished up in the Instant Restaurant round last week) and sent them on their way.

Just as well, as the win gave the boys a much-needed confidence boost to carry them through the rest of the competition.

“Without giving away too much, it was the confidence boost we needed but not the one we wanted,” Matt said.

Hailing from Lake Macquarie and Maitland, respectively, social worker Matt and primary school teacher Luke met playing cricket when they were in their mid-teens.

At the time they represented the Hunter Academy of Sport, when cricket was part of its program, before they each moved away for several professional seasons; Matt to Canberra and Luke to Hobart.

Later, they returned to Newcastle to play for the university’s team.

Nowadays, their focus is on family life, but they’re still as close as ever from their early sporting days – something they both say gave them a competitive edge on MKR.

“With cricket, we were always the first there and the last to leave,” Matt said.
“When it came to MKR, we wanted it to be the same; we knew we weren’t going to be the best so we put in the hard work.”
“It’s more about teamwork than skill and communication is important,” Luke added.
“I think we have that down pat.”

My Kitchen Rules airs Sundays at 7pm and Monday through Wednesday from 7.30pm on Channel Seven.

Kelvin Kong honoured as Newcastle’s Citizen of the Year

Get into #spiritofsingleton with fair dinkum festivities on Australia Day