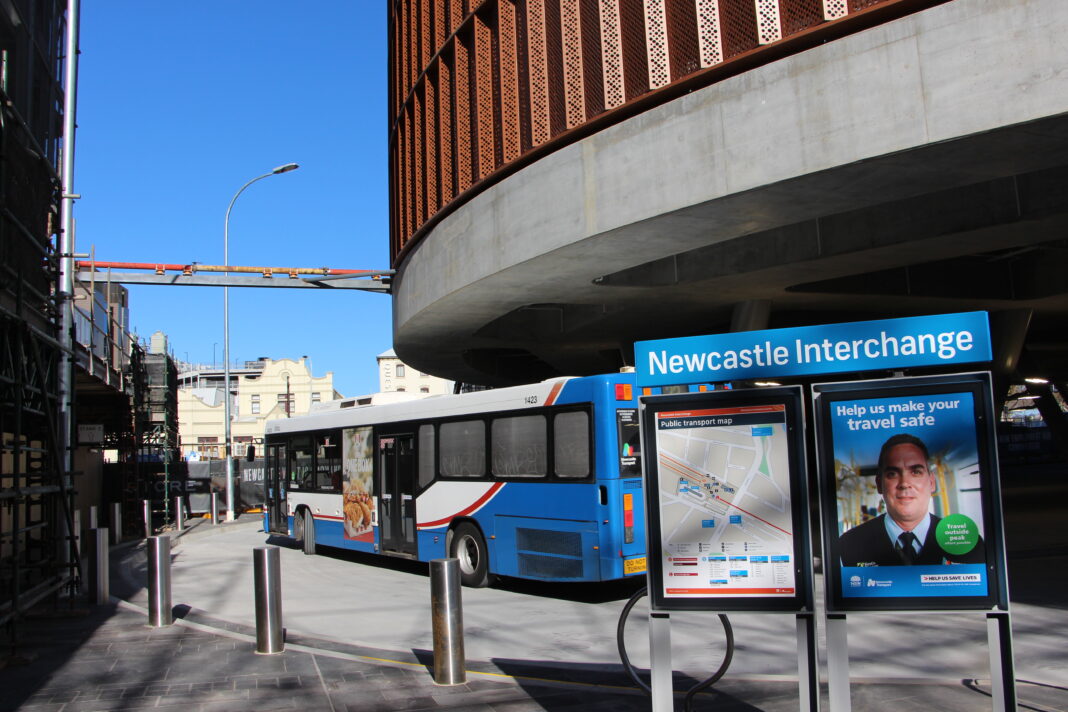 The old Store site in Newcastle West has finally been transformed, with the Newcastle Bus Interchange officially opening yesterday.

Chief Operating Officer of the Regional and Outer Metropolitan Division at Transport for NSW, Pete Allaway, said the fully integrated transport hub would connect buses, coaches, heavy rail and light rail, with around 300 buses utilising the interchange on a weekly basis.

“We have seen Newcastle embrace the light rail and this new interchange will help encourage the use of public transport in the region,” he said.

Hunter and Central Coast Development Corporation Chief Executive, Valentina Misevska, said the bus interchange would be a vital part of a thriving and connected city.

“Linking people with places to work, live, stay and play is key to the Revitalising Newcastle program, and the bus interchange will now make it easier than ever to move around our city,” she said.

Work is still underway on The Store redevelopment, with some facilities at the new bus interchange, including the kiss and ride area, opening at a later stage.

The interchange will also provide pedestrian access between the station concourse, the bus interchange, Hunter Street and Stewart Avenue.

Newcastle State MP Tim Crakanthorp has welcomed the opening of the interchange, signalling a hope that improved integration of transport options will encourage a growth in patrons.

“This is what we need if we want to be a connected city and I hope this assists [in getting] people out of their cars and onto other transport options,” he said.

“The proof will be in the pudding though, so I’ll be watching the patronage numbers with interest.”